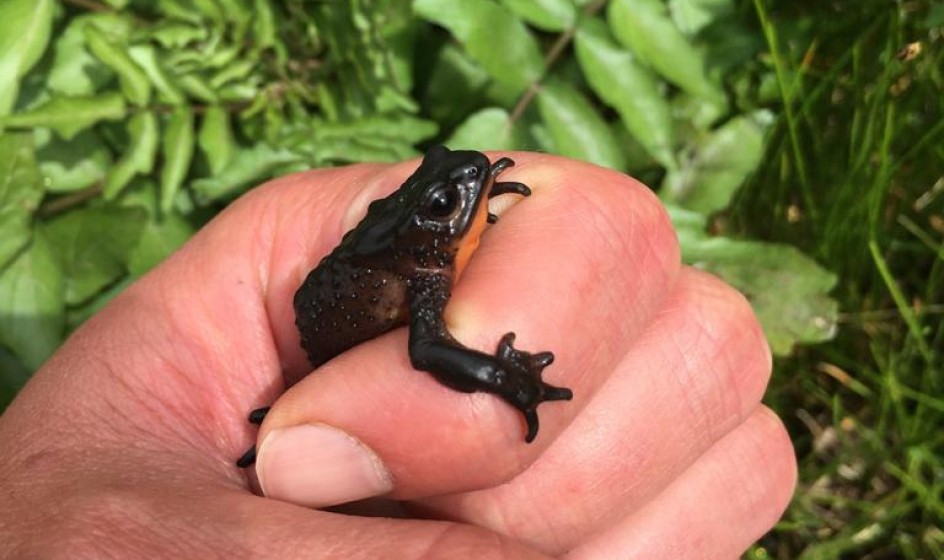 The Jambato harlequin (Atelopus ignescens) was a historically abundant species that disappeared in the late 1980s, until it was re-discovered in 2016. Some individuals were collected to initiate an emergency program of captive breeding at Centro Jambatu. However, no efforts have been made yet to ensure the conservation of the remaining wild population, whose actual status is unknown. Angamarca, the valley where this species lives, is heavily disturbed by human activities (agriculture and cattle raising) as well as the presence of invasive species (rainbow trout) that might be affecting its survival and reproduction.

The goal of this project led by members of the Latin-American Faculty for Social Sciences is to conduct a comprehensive demographic study and threat assessment of this Critically Endangered species, as well as raising local awareness to engage local communities in future conservation actions. The project will provide the basis to develop a long-term conservation program jointly with the local community that includes future threat mitigation actions to guarantee the survival of the species in the wild, such as habitat protection and restoration, reintroductions or translocations.